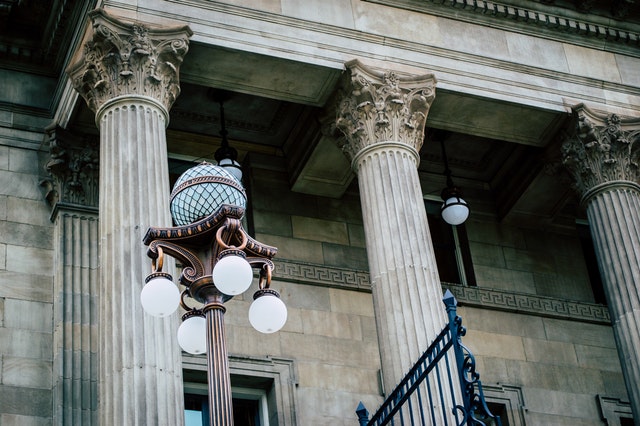 Today’s guest post comes from attorney Nicholas Feinstein, writing on the topic of wrongful termination.  If you’ve been fired and were wondering about any potential legal recourse, read on.   Thanks. – Milton

Getting canned from a job rarely leaves a person feeling warm and fuzzy. If you have been let go from a job, feelings of anger and resentment are inevitable, especially when the termination seems unjustified. Although many members of the recently-fired would like to exact retribution on their former employers, only a few actually have a legal claim for wrongful termination.

To maintain a successful claim of wrongful termination in the U.S., you must demonstrate that you were let go for an unlawful reason under a specific state or federal law, which may include anti-discrimination or whistleblower statutes. If you prevail, you could be reinstated in your old position (but do you really want to go back?) or receive money damages (that’s more like it).

If you have just been fired, it is important to remember that in every state other than Montana, employment is “at-will,” meaning that, generally speaking, an employee can be fired for any reason or for no reason at all. (If you’re one of the 0.3% of Americans that lives in Montana, you are in luck: you can only be fired for good cause.) The big exception to the at-will rule is that an employee cannot be let go for illegal reasons.

When an employment contract is in place, the at-will rule no longer applies. In that case, whether the termination was proper or not depends on the terms of the agreement. Employment contracts vary widely- some allow for termination for any reason (much like at-will employment), while others stipulate that the employer can only sever the relationship for particular reasons that are specified in the contract.

When is termination unlawful: Discrimination

Nationally, Title VII of the Civil Rights Act of 1964 protects employees from discrimination on the basis of race, color, sex, religion, and national origin. This also covers discrimination based on pregnancy and childbirth. Note, however, that Title VII does not apply to most employers with 15 or fewer employees.

Additionally, the Age Discrimination in Employment Act protects workers over 40 years old, and the Americans with Disabilities Act prohibits discrimination against disabled employees. Employment discrimination is also illegal when based on military service, history of bankruptcy, or citizenship status.

Each individual state also has its own set of anti-discrimination laws that apply in the employment context, many of which complement or overlap with the federal protections listed above. Certain states extend discrimination protection to additional groups. For example, sexual orientation, gender identity, marital status, and political affiliation are all covered by anti-discrimination statutes in at least a few states.

Not surprisingly, California appears to be the most employee-friendly state with regard to discrimination, with laws on the books protecting all of the above characteristics, as well as prohibiting discrimination on the basis of medical condition and military discharge status.

When is termination unlawful: Retaliation

Another broad category of wrongful termination lawsuits is retaliatory firings. Various federal and state laws allow employees to engage in certain activities without fear of losing their jobs. For example, an employee may not be penalized for exercising their right to take up to 12 weeks of maternity leave under the Family and Medical Leave Act. It is also illegal for an employer to retaliate against workers who join or vote for a union.

There are also laws in place to protect employees from retaliation when they report problems at work. Therefore, an employee may not be fired or otherwise punished for reporting sexual harassment in the workplace. An employer also cannot terminate an employee for reporting or participating in an investigation into discrimination, nor can they fire someone for making a workers’ compensation claim or reporting an OSHA violation.

A subset of anti-retaliation laws is bolstered by so-called “whistleblower” statutes, which provide added protection for employees who blow the whistle on their employers for fraud, workplace safety violations, environmental misconduct, and other illegal activities. Some whistleblower statutes include additional incentives for reporting wrongdoing, including in some cases a share in the government’s damages in the event of a successful prosecution.

The above are just several examples of activities that are protected by anti-retaliation laws nationwide. Each state has its own retaliation laws in addition to the federal statutes.

A note about constructive discharge

The exception to this rule occurs when your employer makes your work conditions so intolerable that you are effectively forced to quit. This is called “constructive discharge” and may take the form of a drastic and unwanted change in work schedule or location, a significant demotion or reduction in salary or benefits, or anything else that makes the work environment unbearable.

The particular elements of constructive discharge are defined differently in each state, but the effect is more or less the same: if your resignation is found to be a constructive discharge, it is as if you have been fired. Any claims you may have for wrongful termination are still on the table, even though you technically left your employer voluntarily.

A final word on wrongful termination

Although hurt feelings are not enough to maintain a successful lawsuit, there are certainly situations where getting fired is not just upsetting, but also illegal. However, many individuals choose not to pursue wrongful termination claims, often due to the belief that they will be blacklisted in their chosen field, or because they would rather just move on to the next job. Either way, it is important to be aware of your options after getting let go.