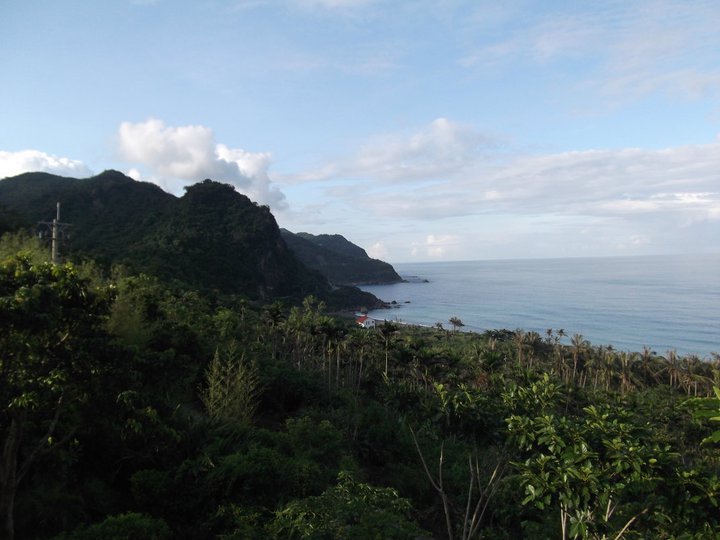 Recently, I was asked to write about teaching English as a means to make money while traveling the world and how someone can do that.  I can share my experience of how teaching was an opportunity that was my last resort after losing my job in the 2008 financial crisis.   After around two years of not working, I faced a choice.  I could continue collecting unemployment and applying for jobs, or I could take any work available to me even if it meant leaving the country.   I chose the latter.

I first became aware of teaching abroad after having a random chat with a stranger who was freshly back to Chicago after having spent a year in Southeast Asia as an ESL teacher.  It seemed like one of those adventurous things that other people do, but that somehow wouldn’t be possible for me.   The guy said he had a blast and that it wasn’t difficult to become a teacher as long as you have a college degree.  I pressed him further to see what it takes to become an English teacher and travel the world.  I was sure I would hear an explanation for why I could never do this.

His response was the contrary.  The barriers to teaching English abroad aren’t that high.  Every country is, of course, going to have unique requirements, but I can say that many places will hire you to teach English as long as you meet some reasonable standards. Here’s a generalized overview of what’s typically required:

So let’s say you’ve decided you’d like to travel the world and teach English abroad.   What happens next?  Well, you’ll want to do your research and choose a country.  Wikivoyage and Wikitravel are good sites to research destinations.   Once you determine the country, do a targeted search for ESL jobs in the destination of your choice.  Then you’ll want to secure your teaching gig.

One reliable place to look for teaching jobs is a website called Dave’s ESL Cafe.  One thing I loved about searching for gigs as a teacher is you don’t have to deal with our US recruiting system that has you fill out 400 fields on Brassring or Taleo and type out all the stuff that’s already on your resume.   You only need to send an email with your resume attached.

A quick note about international culture.   Outside of the USA, a resume is often referred to as a CV, and it’s not uncommon to include a profile picture of yourself in your CV.  Keep this in mind when appying to jobs overseas.

So there I was in the middle of Asia, an unemployed payroll software implementation consultant, about to lead a class teaching English to Taiwanese kids.  Let me be the first to tell you I had no idea what I was doing.  I’d never taught English before, or any subject for that matter.   Sure, I’d led a few employee benefits presentations and taught groups how to go through the online employee benefits enrollment process, but I wasn’t sure what to expect when teaching ESL (English as a second language).   As it turns out, it’s not too bad.

Every school that you teach at is, of course, going to have their own culture and way of doing things.   But given that I worked or subbed at several schools over my years abroad, I can say that I got a fair sense of what it was like for English cram schools in Taiwan.   First and foremost it’s important to keep in mind that you are not likely to be teaching at a proper public “school” as we know it, but rather at a cram school or in Chinese “buxiban.”

The buxibans are more business than school, and the students (or their parents) are customers.   Part of what this means is that there is an aspect of teaching whereby you need to be a bit entertaining, and the kids need to like you.   A previous American teacher once described teaching ESL as being a bit like being a “dancing monkeys” for the children’s amusement.  I don’t know if I would go that far, but there is an entertaining aspect of being an English teacher in most schools.  You need to bring the charisma. You will likely be playing a fair amount of whiteboard and classroom games.

The Life of an English Teacher

9:00 AM.    Wake up.  As long as you’re up before 10:00 or so you could head over to the local breakfast place and get some dan bing. Dan Bing is like a delicious Chinese egg crepe. There’s not much reason to get up much earlier than this. Many of the teachers I worked with sometimes slept in until noon if they had a late night.

10:00 AM.   Perhaps go to the gym and workout followed by lunch. You might want to meet up with friends and go for a scooter ride or head to the mountain and go hiking. Or perhaps some shopping followed by a hot pot lunch. The big city in Taipei was about a 40-minute bus ride away, and depending on your schedule you could head to the big city and be back in time for teaching if you head out before noon.

12:00 PM.  Might as well grab lunch with a friend or a native. Plenty of places to get a nice meal usually for less than $5.

5:00 PM   I might be misremembering but, typically class didn’t start before 5:00 PM.   Classes usually ran from 1.5 to 2 hours. You typically had one to three classes per day. Two was the most common schedule for a day. For most schools, your day will be finished by 9:00 PM.

9:00 PM   You taught two classes and worked for a total of four hours today.  A busy day to be sure.   Time to meet up with your friends and grab a nice dinner for probably $5.   Maybe hotpot, maybe an Asianized version of spaghetti, teppanyaki was always a favorite.  Westernized restaurants were available as well. There was a TGI Friday near us as well as a Pizza Hut, KFC, McDonald’s and Subway.

10:30 and on.   Well, a lot of the people that go to teach English overseas are in their mid to late 20’s so this meant there was a fair share of drinking and partying.   My first year I spent living in a dorm.  I was about 33 and had a little partying left in me but also was starting to wind down.   Some teachers would drink and go all night.  I usually wanted to bow out by 1:30 or so but now and then a late night wasn’t a bad idea.  After all, there was nothing to wake up for the next day besides breakfast.

The country where I ended up spending around three years, was Taiwan.   I spent my first year in a medium sized city called Taoyuan that was about a 40-minute bus ride from the big international city of Taipei.   I had no idea what to expect as this was my first time setting foot in Asia.

The first thing you’ll notice upon setting foot on the island of Taiwan is that the primary method of transportation is the scooter.   Taiwan’s roads are vibrant and alive with scooters darting in and out of traffic.

The streets of Taipei have plenty of neat little restaurants and coffee shops.  Here’s an example of a charming, quaint coffee shop where I wrote some of my first blog posts.

One of the cornerstones of Taiwan’s culture is their night markets. Most cities have a few night markets in different neighborhoods. Night markets have a vibe that is about like a county fair.  Many people come together and set up shops that are a bit like flea markets, and many vendors are selling all kinds of foods.  Quickly prepared and sometimes fried foods are a favorite.  A favorite and somewhat notorious food in Taiwan is “stinky tofu” which is fried fermented tofu which has a powerful odor that many would consider a bit harsh or stinky.”  But the taste is pretty good.

Teaching English as Part of The FIRE Plan

To anyone that is pursuing Financial Independence, I would strongly advise them to consider teaching English as part of their plan. I’ve often heard of the idea of “barista FIRE” which is the idea that once you reach a certain savings goal, you sort of “coast” and work a job that is low paying but less stressful. I think Teaching English is a great coast plan for the following reasons:

Teaching English was a memorable part of my life and will likely play a role in my plan for the future. I should mention that you can teach at a school and also online. I have friends still living abroad teaching, and one did a guest post talking about teaching online while traveling. Consider teaching English abroad as a part of your FIRE plan.
If you enjoyed please share!