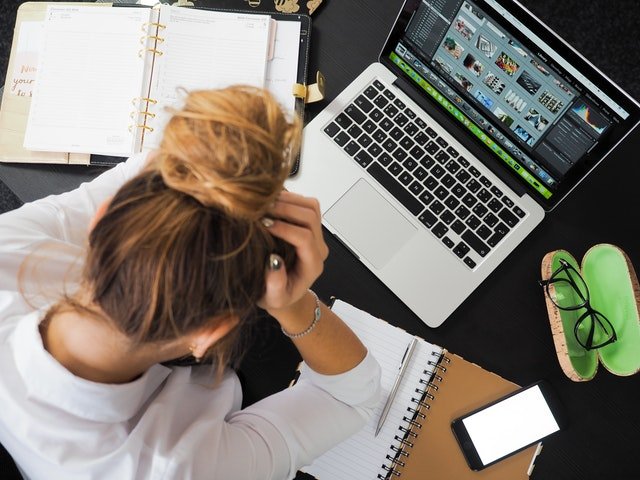 Today’s guest post comes from Liz who blogs over at Splurging on Freedom. Liz has an incredible story about how she was in line to inherit an enviable amount of money and then lost this position in a moment. Read more of her story on her blog.  Here’s Liz’s story about her employer not paying her – Milton

A few years ago, I found myself in a state worse than unemployment – Being employed, but having your employer refuse to pay you.

In all honesty, I did receive one single paycheck of $120 for 6 months of work. That was the only money I ever saw from my employer.

It was a broke and utterly stressful existence, something I would never wish on anyone else. But that difficult period changed my financial life for the better. It was, in fact, something I now like to see as a blessing in disguise.

If you’re struggling with something similar, I hope that you find value and actionable tips to take away. Or perhaps you’d find just a little bit more strength to face the day.

Without further adieu, let’s dive in.

I Learned the Value of Money.

Learning the value of a dollar is, by far, the greatest lesson that I’ve taken away.

Coming from a place of little financial trouble and worries, I used to spend every cent I ever made. I couldn’t fathom the need for an emergency fund. Saving money wasn’t a priority, and was therefore extremely difficult for me.

Right now, I’m working a different corporate job that pays me about $2,800 a month. It’s not a lot of money, but it’s enough to pay for all my necessities and even a few luxuries.

Learning the value of money has resulted in me being able to properly discern the difference between ‘wants’ and ‘needs’. Now, I spend mostly on ‘needs’, and only the ‘wants’ that bring value into my life. And I couldn’t be happier.

I Learned How to Survive on a Low Income.

Being paid $20 for each month of full-time work really kicked my survival instincts into overdrive. It was either do or die. Quite literally.

So, I did whatever I could to survive.

I went scouring for every possible income-making opportunity. I tutored students after work and on the weekends. I sold a lot of my stuff. I flipped items online for profit. I even did surveys and attended talks for a little bit of cash.

I also started cutting my expenses to the bone. Anything that wasn’t necessary for survival was cut from the budget. No more movies. No more eating out. No more buying books. No more alcohol. Goodbye, social life.

Like I said, it was an incredibly stressful experience. But one that I learned so much from.

Despite earning a lot more money now than just $20 a month, my expenses are still low. Thankfully, I haven’t succumbed to lifestyle inflation since, and this allows me to put away a significant sum of money for the future.

I Learned that I Hate Corporate Jobs.

Since young, everyone I knew idealized the notion of ‘studying hard, getting good grades, and finally landing a respectable corporate job that pays well’. “This is the definition of having a good life”, I was told.

It was all I was taught. And for a very long time, it was all that I knew.

So, I grew up thinking that I’d make my way up the corporate ladder. I’d keep applying to higher-paying jobs, I’d work hard and keep scoring promotions. Maybe by the time I hit 50, I’d be earning $20,000 a month. Wouldn’t that be a dream?

It took a number of lousy jobs to shatter the rosy picture I had in my head. The job that played a defining role in this is, as you’ve guessed, the one in which my employer refused to pay me.

I’ve since come to accept that, contrary to popular belief, not all employers take good care of you. Not all employers keep the promises they’ve made. Perhaps I’ve been unlucky in my choice of jobs, but all the jobs I’ve worked thus far have somehow managed to renege on their promises.

It wasn’t because I didn’t perform well; in fact, my immediate boss took a great liking to me. It was just because, in my experience, employers don’t really care about you, or the promises they once made.

Frankly, they just care more about their bottom line than they ever would you.

That’s not all that I hate about corporate jobs.

I dislike everything you could possibly list – Having to sit in my cubicle for 9 hours a day, 5 days a week. Having to deal with shallow people and office politics. Having to trudge through a commute-laden day, devoid of any happiness or passion.

And with that, I found a way out.

I couldn’t accept that this was to be my life until I retired at 65. So, in response to my desperate pleas for an exit route, I came across the concept of financial independence.

Financial independence opened my eyes to a brand new world.

A world without selling your soul for money. A world where you didn’t have to be subject to your employer’s whims and fancies.

A world with meaning, with passion. A world where every single day was a pleasure to live.

Obviously, I took this path. And I’ve never looked back.

Knowing what it’s like to be under the thumb of a volatile employer, I promised my future self that I would quit my job by 2020 to start chasing my dreams. But in doing so, I had to start saving very, very aggressively.

Right now, despite not liking my job, I’m still scared of quitting and having no income. I’m scared of saying “no” because I’m worried I’d get fired the next day.

What kind of life is this, living in a constant state of fear, dread, and unhappiness?

As far as possible, I want to minimize those negative feelings in my life. And the first step to doing so is saving as much as possible.

And before you live a good life, you must first learn to survive.

Come 2020, I would still be far from my financial independence figure of $1 million. But by then, I should have about $150,000 (or more) in my investment account. A significant amount that generates dividend income to tide me through periods of having no income.

It feels liberating, really, to be able to quit your job within the next couple of years. And it all starts with saving a lot of money.

Even in the off-chance that I happen to stay in the corporate world, it never hurts to have a lot of savings in the bank.

To read more about Liz’s journey, check out her blog over at Splurging on Freedom.