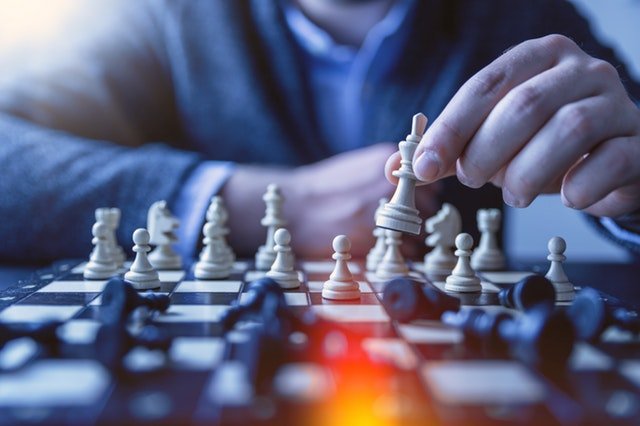 Today’s guest post is from Adrian who blogs over at Clever and Lazy. Adrian reached out to me after hearing my guest spot on Choose FI and shared how he had a similar experience during the financial collapse in the late . Adrian decided to reboot his career by moving to Shanghai, China. Here’s his story.

There has been a major shift in Western society. In the past, employers and employees exchanged a lifetime of loyalty and hard work for a lifetime of financial security. This was the old social contract. Now, especially after the 2008 Global Financial Crisis, employers increasingly view their workforce as freelancers who deliver a discrete service. And they accordingly pay the minimum needed for that service, no more.

Once the value has been extracted, they try to eliminate the cost. Understandably, employees are responding in kind, treating a job only as a tour of duty, and always looking for the next thing. After 20 years of checking all the boxes of the old social contract, I realized I needed to decouple myself from the established corporate system. I wanted to become unemployment proof. This my story.

Checking All the Boxes

According to society, I did all the right things. In grade school and high school, I studied hard and joined the right groups to get into an excellent college. In college, I studied hard and did internships to get into a top-tier company. At my company, I got good performance reviews and letters of recommendation to get into a top 10 MBA program. And after my MBA program, I joined another top-tier company for a better salary and what I thought was a bright future. I lived in New York City and worked for an investment bank. I normally worked 12 hours days, but usually no weekends. This was actually a pretty good lifestyle compared to others who worked 12-14 hour workdays and a half-day on weekends. It was a grind, but the bonuses and bragging rights seemed worth it. And we all self-medicated through conspicuous consumption and partying on the weekends to make our lives somewhat bearable.

Then the Global Financial Crisis hit, and I was out of a job. Not just me, but tens of thousands of others on Wall Street and millions across the U.S. This was a pretty grim moment; there was blood in the streets so-to-speak. No one was hiring. I remember lying awake at night thinking, “What am I going to do?” Fortunately, I was fairly frugal and could potentially wait it out a few years. But I would be competing with so many others for a job. It would be a race to the bottom for compensation. I would probably survive, but not flourish. It was my first lesson that tying myself to a company, even an entire industry that was so lucrative, was financially risky. I really needed to be financially independent. But that lesson didn’t hit home until it got personal.

Instead of waiting around for the Wall Street job market to improve, I took a risk and moved to Shanghai to reboot my career. I got a corporate job at a business services company with Western investment banks as my clients. It was an amazing, life-changing experience that placed me on a new career path. But, more importantly, I married a Chinese citizen!

As blessed as I was to have married such a wonderful girl, it added a new complexity and stress to my life, and her life, too. Since I am a U.S. citizen, there is always a risk of my not getting a visa to stay in China. Yes, technically there is a Chinese version of a green card for residency. But it’s so rarely granted that it’s really an impossibility unless you are a billionaire, a celebrity, or an Olympic athlete. There are tourist visas, but they require you to exit and re-enter the country every few months. Besides the high expense and life disruption, you are more likely to be denied re-entry because it would look like you’re residing in China on the wrong visa.

So the only way I would stay in China with my wife with some measure of certainty was to keep my job. So I felt incredible pressure to do whatever my bosses told me. In fact, I felt compelled to continuously go beyond the call of duty, not ask for a raise, and just keep my thoughts to myself. And I truly think that my bosses leveraged my predicament to their fullest benefit. Whenever any new task or whenever someone else was shirking their work, my bosses just gave it to me. I was so incredibly stressed, even more than during the Global Financial Crisis. I started to give myself cavities due to grinding my teeth at night.

Then I began to realize that I couldn’t rely on my employer to treat me fairly when I was so beholden to them. So my wife and I quietly applied for a U.S. green card. When we finally received the immigration visa stamp in her passport, it was like we were starting life anew. When I told my bosses that my wife and I are moving to the U.S., they were stunned. They seemed confused, asking “But what about your wife? She doesn’t have a green card, does she?” I just smiled and said we have all the paperwork.

Commitment to Being Unemployment Proof

That was two years ago, and since then we were actually able to relocate back to the U.S. with another division of my company. But I realized the lasting power of being unemployment proof. And I discovered the FIRE movement, which is really another perspective on the same thing. So when my company pressured me to changed my role to something I didn’t want to do, I just decided to just be terminated. I really didn’t mind too much.

Read more about Adrian’s story and his pursuit of a free lifestyle over at his blog Clever and Lazy.