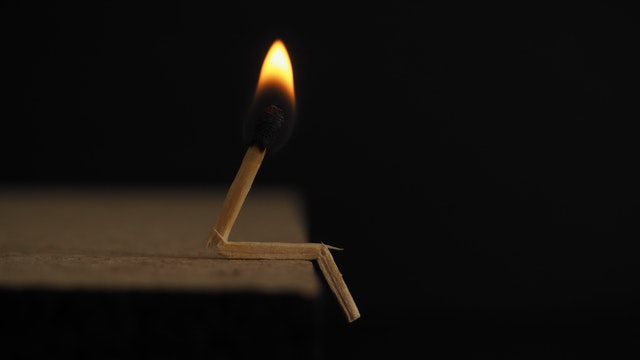 Today’s guest post comes to us from Nathan who blogs over at Millionaire Dojo. Great post Nathan! Thank you.

When I was 17, I got my first job at Chic-fil-A. I was excited to start earning some money and hoped to make some new friends. I was homeschooled, so creating friendships at work was important to me. I had heard that Chic-fil-A was a great company to work for, so I thought it would be a good experience.

After a few months of working, I had made some friends, but wasn’t super close to anyone in particular. We goofed off a lot in the kitchen, and that made the days go by a little quicker. We realized that Chic-fil-A wasn’t the same company that outsiders thought it was. They may treat their customers great, but their employees not so much.

A lot of times I felt like I was on an episode of Hell’s Kitchen (minus a lot of the cussing). You’re expected to do everything perfectly and as fast as humanly possible when you work for Chic-fil-A. The moto for employees is to provide “second mile service.” This just means that they expect you to work your hands to the bone and not expect any thanks in return. One of the managers was particularly mean. Everyone (including other managers) usually walked away with their tails tucked between their legs after any altercation with this manager.

I felt like I was a good employee. Always showed up on time and did what was expected of me. It seemed like I was favored over most of the crew. I’m an introvert, so I usually tried to fly under the radar and just work when I was on the clock. Sometimes flying under the radar isn’t the way to go.

The night it all went down

I was working a normal shift, with a particularly disturbed employee. I was somewhat friends with this guy, but he definitely had some social issues. Everyone thought he was awesome when they first met him, but the more you got to know about him, the less appealing he became. He was a compulsive liar, and it was hard to know if anything he said was the truth.

It was getting close to closing time, and my coworker came by the sandwich making area with a box. He decided he wanted to take some of the food home with him. Although I knew that was against the policy, no one seemed to care. I had even seen managers take food home with them before. He filled up his box with leftover food and placed it somewhere he thought would be safe (behind the dumpster outside).

Low and behold, someone found the box of food behind the dumpster. I don’t know if someone saw him with the box of food or if the employees just liked to hangout behind the dumpster. The particular employee that found the box wanted desperately to be promoted, so ratting our coworker out would help her look good to management. The way that restaurant was ran developed a hierarchy of suck ups who tried to look like goody two shoes.

I didn’t think much about the situation with my coworker taking the food. Closing down the kitchen is very hands-on, and I didn’t have any time to sit around and think about what just happened. I noticed a couple of the other coworkers talking, but I didn’t know that the guy got caught with the box of food until after my shift.

After I clocked out, I noticed my disturbed coworker wanted to stick around and talk. He told me how he had gotten caught and that he thought the manager was going to tell the operator which would likely result in him getting fired. I had an early shift the next day, and my coworker told me he was going to come in and apologize and beg for his job. The manager that was on duty when he got caught was also working the next morning. She just told him to go home and not worry about it.

I thought the whole situation was over with, and we continued on as usual with work for the next couple of weeks.

A couple of weeks after the night my coworker got caught, I arrived to my normal shift early. All the guys on my shift hated their jobs, so we needed our time to meetup and complain about work in the parking lot before clocking in. The thief coworker was working that day, and as we were walking in, the owner of the restaurant pulled up on us. “My office! Now!” He yelled out of his truck window.

Stunned, we continued to walk into the restaurant. “Bro, what do you think this is about?” My coworker asked me. I responded, “I don’t know, but it appears we’re about to get fired.” Once we were in the restaurant, the owner came busting through the door, told me to sit down and took my coworker back to the office. I waited for about 30 minutes before he came and got me. Those 30 minutes felt like a lifetime to my 18-year-old self.

The owner asked me what had happened a couple of weeks ago on the night shift. I responded, “Is this about the box of food that was found?” He confirmed, and then I told my account of the story. I told him that I had put the leftover food in a box and that I sat it somewhere and it ended up disappearing. In a raised voice, he said “You expect me to believe that story!?”

After threatening me with pressing charges for theft, I finally told him that I knew my coworker was going to take the food. I don’t know why I didn’t just say that to begin with. I guess I was trying to cover for my coworker. After confessing, he fired me on the spot. Thankfully, he didn’t press charges on me. I’m not quite sure what he could have had me arrested  for anyways though.

I guess since I didn’t tell the truth to begin with, it cost me my job. I have no idea what my coworker told the owner, so he could have totally thrown me under the bus.

Getting fired like this was a pretty big blow to my confidence. Although it was just a silly high school job, it impacted the way I go about work to this day, 7 years later.

The main takeaway I have from this experience is to always speak the truth. I very well could have kept my job if I had just gotten my story straight the first time in the interrogation.

Another lesson learned is to always put out fires when you see sparks. I should’ve been proactive and had my name cleared from the situation long before the day I got fired. I took the route of staying quiet, and that seemed to backfire on me. I should have gone straight to a manager and told them that my coworker was taking food. While I don’t like ratting people out, I lost my job and my only source of income because I held my tongue.

Thankfully, this is the only time I’ve been fired and I’m currently employed in the IT field.

To read more about Nathan’s journey, check out the blog over at Millionaire Dojo.