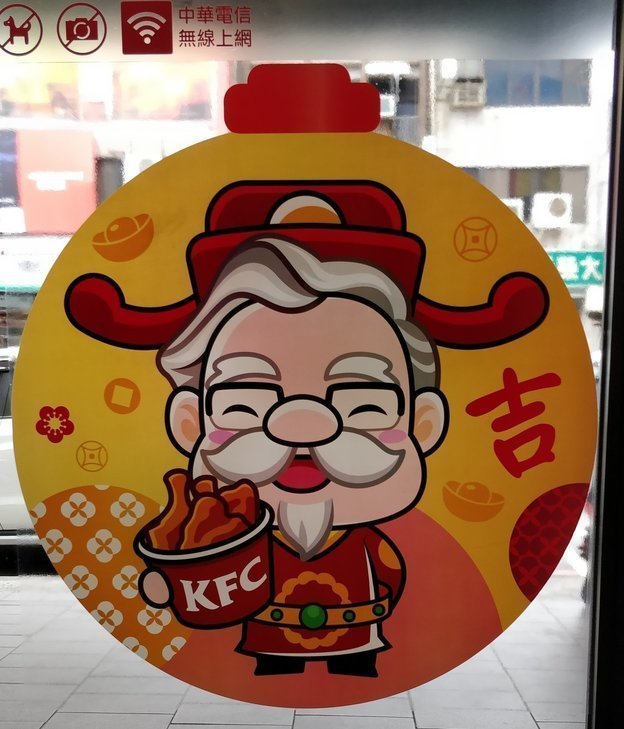 A major motivator for traveling the world is to expand your perspective and become more cultured by sampling various cuisines from far away lands. But sometimes screw it, you just want a Big Mac.

Never fear. Some top American fast food chains have established a presence in Asia. I’ll take a look at the typical suspects that are prominent in Taiwan and many other places in Taiwan.

When it comes to global empires, it’s hard to beat McDonald’s. They are all over the place in Taiwan. Ray Kroc would be proud. The “Golden Arches” gets some points for remaining consistent to the taste of an original American McDonald’s. A Big Mac in Taiwan pretty much tastes exactly like a Big Mac in Chicago.

McDonald’s in Taiwan still has the classic fried apple pie which has mostly disappeared in the US. I remember a comedian that had a bit about the old saying “as American as apple pie” but the McDonalds’s apple pie looks more like an egg roll than an apple pie. Healthy or not they are still pretty good.

Corn soup is a popular item for Taiwanese at McDonald’s and most fast food spots.

When you travel in Asia you may find yourself out and about and with the need to use the toilet. Sometimes this means one of the squatter toilets which I’m not a huge fan of. I could always rely on McDonald’s to have a modern toilet. Not to be confused with the Taiwan restaurant “The Modern Toilet”.

Sadly there is no Chipotle in Taiwan or anywhere else in Asia. This is probably the most popular food I hear Westerner’s missing. Please come to Asia Chipotle.

KFC is probably the second most common American fast food establishment you’ll find in Taiwan. Taiwanese have an affinity for fried chicken so it seems KFC found a nice home in Taiwan. I think the KFC menu in Taiwan deviates pretty far from what most Americans are used to in the US and taste just isn’t the same in my opinion.

The price is definitely cheap here but the ingredients and menu items are virtually unrecognizable to the American version of KFC. I generally am gonna give this chain a hard pass. Also they seem to usually have the squatter toilets.

Burger King is repped here in Taiwan. The Whopper remains pretty true to the original. It seems they have a few variations I have seen elsewhere.

Not exactly fast food but Pizza Hutt gets an honorable mention. Honestly, though..it doesn’t really deserve to be called Pizza Hutt in my humble opinion. Lot of takes on pizza that odd to typical western . Various types of seafood and other meats of vegetables on their pizza. Domino’s has shops also.

A couple other mentions are Subway which has a few locations in Taiwan. Also, there is a Taiwanese knockoff called “Suber”. And of course, Starbucks is prominent all over Taiwan and much of Asia.

It’s not exactly fast food but the 7-11 is a staple of Asia and there’s one on virtually every corner of Taiwan. You can also get snacks there if you don’t feel like ordering in Chinese.